The land of Wonders

Bosnia and Herzegovina is the heart shaped land that lies in the heart of the Balkan Peninsula in Southeastern of Europe, a former Republic of the Socialist Federation of Yugoslavia. An area with  only 51,233 km2, a little wider than East Java Province in Indonesia. Bosnia is always part of the history of Yugoslavia which was established in 1918. Muslim becomes the majority population (40%) in the land of 1,149 mosque, but no religion becomes dominant in Bosnia Herzegovina. It is in Bosnia where eastern and western civilizations met, in some times clashes, but more often enriched and reinforced each other in one chaines throughout its very long and fascinating history since centuries. 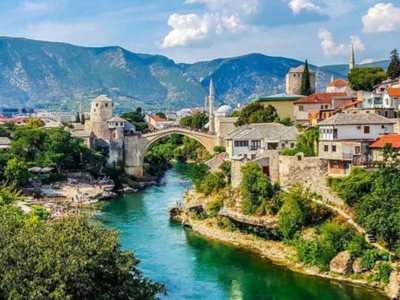